“May you live in interesting times,” the (probably apocryphal) Chinese curse that the British like to summon in times of turmoil, has particular resonance in the UK today.

The uncertainty created by last June’s vote for Brexit was compounded on June 8, when the general election returned a hung Parliament, with no party winning enough seats to command a workable majority.

When it comes to London’s prime property market, however, uncertainty may be more of a blessing than a curse. The effect of the election result on the sector is too early to call but Brexit has already provided buyers from abroad with a considerable benefit in the form of a weaker pound.

A prime central London home is more than a fifth cheaper today for dollar buyers than it was on the eve of the Brexit vote last June. Turbulence from the recent election result may well extenuate this.

Throughout prime central London, agents report the referendum result provided a wake-up call to reluctant sellers, which the uncertainties of the election result is likely to compound.

Few in this segment sell because they must; many had been reluctant to respond to stamp duty changes (in 2014 and 2016) that made the top rate of tax as high as 15 per cent. The Brexit vote provided the jolt of reality that many needed to drop their prices.

Buyers from China and Hong Kong, meanwhile, have shown a particular interest in London’s top end homes since the referendum.

Juwai.com, the Chinese international property portal, reported a growth in enquiries for UK property of 60 per cent in the year to April 2017. 16 per cent of prime central London buyers in the first three months of 2017 were from Asia. In the three months to June 2016 (the month of the referendum) they comprised 9 per cent of the total. 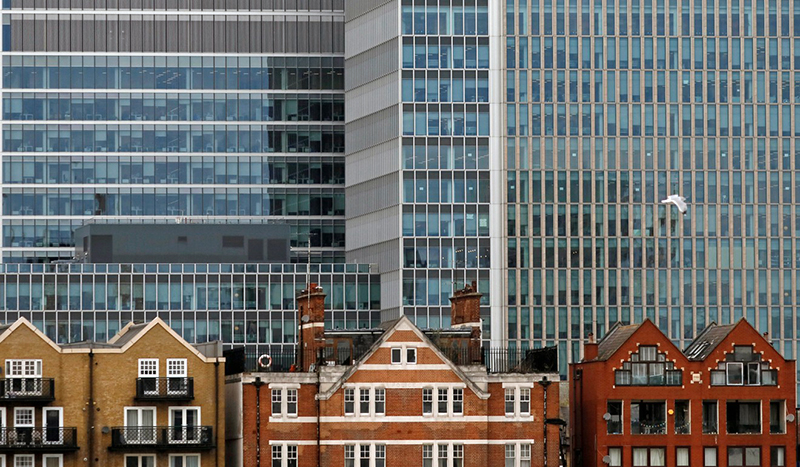 Over the longer term, the high concentration of foreign buyers at London’s centre will be one important support for prices.

Moody’s, the rating agency, estimates that nearly half of London sales of more than £1 million (US$1.29 million) are to foreign nationals. Central London agents estimate the proportion in the most desirable spots – Mayfair, Belgravia, Kensington and the rest – closer to 70 per cent.

Most of these buyers – 78 per cent according to a recent report – come from beyond Western Europe, a good chunk of them from Asia, the Middle East and Latin America.

Few in this group ever spent much time scratching their heads over what closer European integration would bring the UK economy.

They chose – and choose – London for its safe-haven credentials: political and economic stability, the secure legal system and an easy language in which to transact. Neither these benefits, nor the appeals of London living – excellent private schools and universities and a world-leading cultural offering – are likely to be diminished by the UK’s EU exit.

The resilience of central London’s prime housing market to the wobbles of the UK economy was demonstrated during the Eurozone crisis. Mayfair provides a good example.

This prized central London spot has long been a favourite investment choice for the richest Asian and Middle Eastern buyers, who have helped the neighbourhood to a price premium of nearly a fifth over prime central London’s average.

Between March 2009 and the end of 2012 – a period spanning the end of the UK’s recession, the worst of the Eurozone crisis and an unprecedented UK government austerity programme – Mayfair prices gained 61 per cent. If foreign buyers were worried what the health of the UK economy would do to Mayfair apartment prices, they certainly weren’t showing it.

Where London’s prime market could falter following Brexit is through its exposure to the UK capital’s financial sector. If banks and asset managers have to leave London for an alternative European capital in order to protect their access to the European single market, their rich property-owning employees will have to move with them, reducing demand from this group for smart central London homes.

But The City is unlikely to give up its lead in European finance without a fight and the UK government has vowed to protect London’s access to Europe’s single market in financial services in the deal it strikes with Brussels.

Significantly for investors, though, some areas have bucked the trend. In the year to May 2016, the month before the referendum vote, even as stalwarts like Knightsbridge and Chelsea were falling, Mayfair and Islington were up. Since then, Mayfair has fallen slower than the rest of prime central London.

Meanwhile, a number of central London locations not traditionally considered part of the top-flight prime set are emerging as desirable spots for investors.

Both these trends hint at the growing fragmentation of central London’s property market as uniform price gains give way to more varied, local price moves, creating pockets of opportunity for the discerning buyer.

Investors will need a more granular, thorough and professional approach to identify them. Broadly speaking, however – and despite the UK’s new government and encroaching exit from the EU – London’s prime central market remains a solid long-term bet.